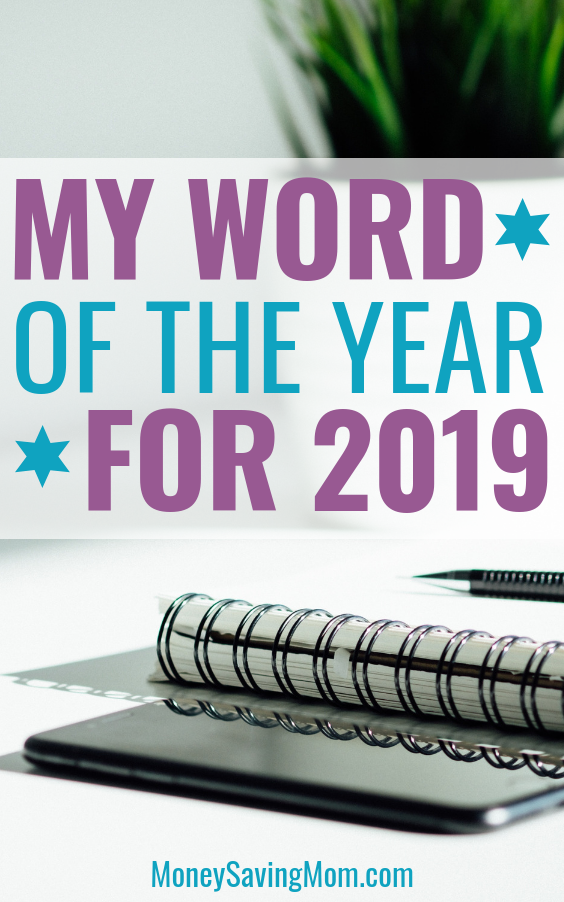 I didn’t mean to keep you all in suspense for so long over my word for 2019! I just didn’t want to tell you what it was without also giving you the full backstory on it and explaining what it means to me and how I plan to walk it out.

At first glance, the word I chose might come across as seeming out of character for where my heart is and might not feel like it’s in alignment with things I’ve written here recently.

But hang with me, because I hope that this post will help explain my why behind choosing this word and how it will be driving my year.

First off, I should say that no one guessed it right. Which honestly, I wasn’t surprised about… because it’s actually not a word that I’ve heard someone else choose before (though I’m sure someone has!)

But I did give you a little hint back in September… 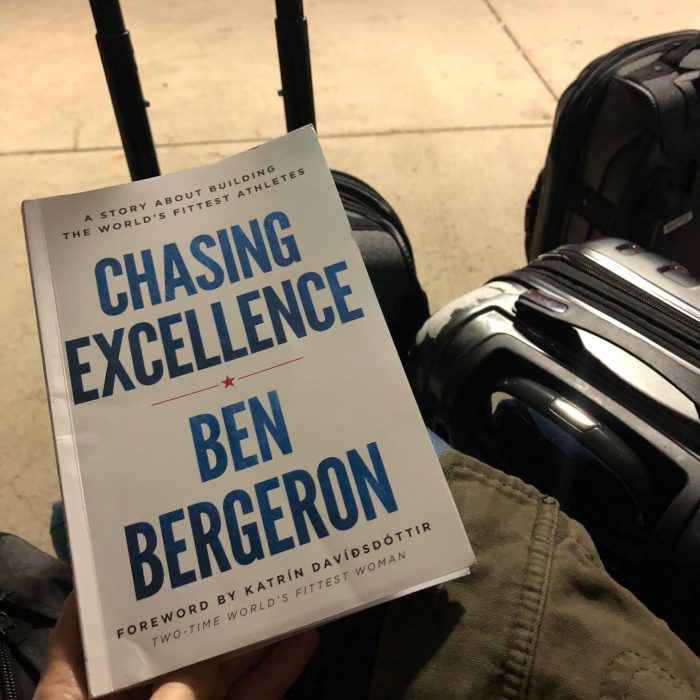 Here’s the funny thing: I randomly picked up this book called Chasing Excellence from a search on Amazon. I didn’t even know who Ben Bergeron was when I bought the book.

I just was so inspired by watching the athletes at the CrossFit Games that I went on Amazon and searched for, “CrossFit athletes”. It pulled up Tia-Clair Toomey’s book and then Chasing Excellence was recommended, too.

It’s rare that Amazon steers me really wrongly, so when I read the premise for Chasing Excellence and thought it sounded intriguing and worth reading, I bought the book.

Little did I know that this book was going to become the basis for my word for 2019!

For those who are unfamiliar with the author like I was, Ben Bergeron, is a coach to some of the world’s most well known CrossFit athletes. If you love CrossFit, you must read this book. But even if you don’t care a tiny bit about CrossFit, this book is packed with nuggets of truth and inspiration.

The entire time I was reading Chasing Excellence, I was so inspired and moved and challenged. And instinctively, I knew I wanted to pick the word EXCELLENCE for 2019.

But it also scared me a lot. Wouldn’t this go against everything I had been learning and growing in? Wasn’t my heart’s desire to continue to work on savoring life, not living life at breakneck speed, and not feeling like I needed to hustle and climb a ladder to success?

And yet, I couldn’t get this word out of my mind and heart. So I took September and October to mull over it.

I realized there were many areas in my life where I was settling for mediocrity. I wasn’t intentionally pursuing excellence; I was just doing what I’d done for a long time because it was getting me by.

I had gotten stuck in a lot of ruts. They weren’t terrible ruts; but they were ruts and I wasn’t seeing a lot of forward momentum. I also wasn’t feeling super excited and motivated in many parts of my life — especially as a business owner, in some of my personal disciplines and habits, and when it came to growing as a person. 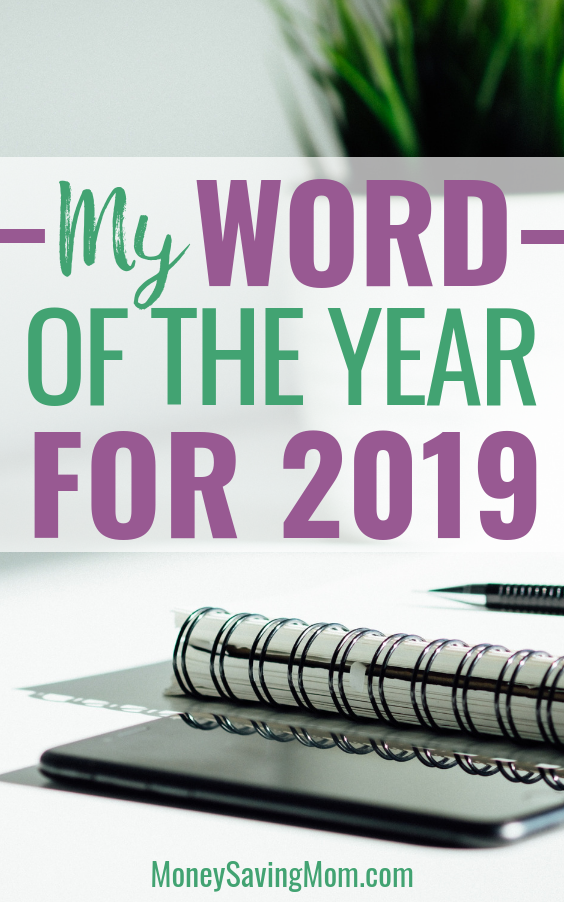 Y’all, I want to pursue excellence. And so, it was decided: My word for 2019 is EXCELLENCE. And I’m really excited about it!

My heart’s desire is to be much more intentional in how I invest my time and how I structure my life so that I am not just coasting through, but that I’m truly seeking to live with excellence in those few areas that matter most to me.

And on the flip side, I’m good with letting most everything else that’s not on this list go for this season of my life. Because I can only do a few things with excellence.

The Areas Where I Want to Pursue Excellence

One way that I’m seeking to stay accountable is through a weekly habit checklist. If you saw my checklist that I shared in an earlier post, I actually ended up adding a few extra things to it: namely, 40 minutes of one-on-one time with Jesse, Kathrynne, Kaitlynn, and Silas every day. I know that I won’t always hit that goal every week. But I’m seeking to check 5 boxes in each line of my checklist every week.

Some of you might feel like a checklist seems over-bearing or not grace-filled or something that could cause stress. For my personality, it’s actually motivating. It helps remind me of my pre-determined priorities, it keeps me on track, and it serves as a sort of built-in course corrector.

Plus, if I find that I’m feeling exhausted or stressed or discouraged, a quick glance at the list might provide some clues as to why — maybe I’m not getting enough sleep or I’m not spending enough time offline or I’m not investing in life-giving things, etc.

A Day In My Life

A Day in My Quarantined Life

Life Update: Pregnancy (35 weeks) + baby boy got out of the NICU!

Airports Have Rewards Programs, Too

How Credit Card Issuers Are Responding to COVID-19

A Day in My Quarantined Life