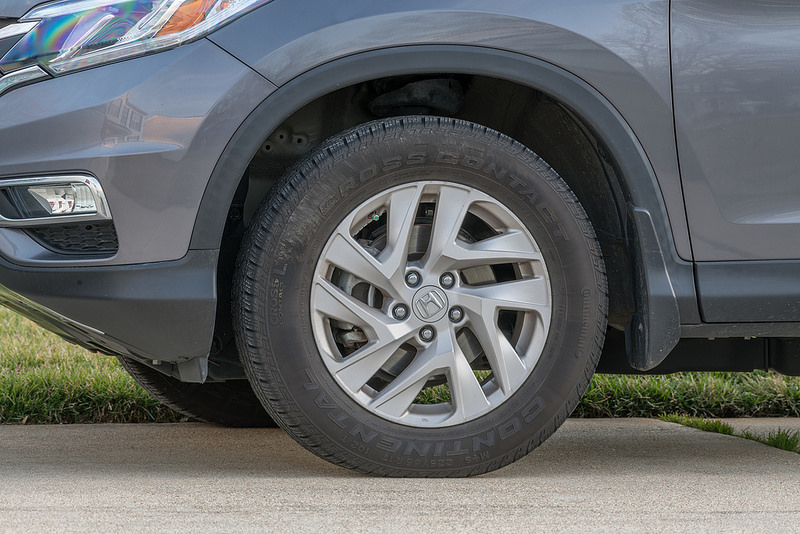 One of the first big issues that people often face when they start taking their finances seriously is the “unusual month.”

An “unusual month” is one in which there’s a big bill of some kind that isn’t one you face on a typical month. Maybe it’s the property tax bill or an annual insurance bill. Maybe it’s a completely unexpected thing, like a car breakdown. Whatever the case may be, an “unusual month” can really wreck someone’s financial progress, especially when one’s turnaround is in the early stages.

Of course, identifying an “unusual month” means that you have to have some grasp on your spending in the first place. Getting your own spending in order should be the first step in this process. If you have little grasp on where your money goes in a normal month, you should spend some time tracking your expenses. I’m personally in favor of doing it manually with a pocket notebook because I think that process of writing things down makes it more real and tangible, but there are a lot of ways to track your expenses, such as automated tools like Mint or more manual tools like You Need a Budget.

Tracking your expenses gives you a very good picture of where your money is actually going and what areas you should cut back on. It can also reveal how much you should have left over at the end of the month so that you can start intentionally using that money for financial progress rather than just spending it thoughtlessly in the moment.

Once you’ve got your finances somewhat in line, what can you do to handle unusual months? Here’s the best advice I have.

Don’t Beat Yourself Up

It’s not uncommon for people who are just starting to turn around their financial life to hit a big bump in the road and get very down on themselves and the prospect of a financial turnaround.

They were making great progress for a month or two and then, bam, something happened that derailed all of that progress, and that can feel bad. It can feel hopeless.

Rather than giving into hopelessness and giving up on your progress, consider the following.

Where would you have been had you not spent these last few months improving your financial state? Whatever the thing was that caused the “unusual month,” it would have been far more devastating had you not spent the last few months getting things in better shape. This is not a setback. You would strictly be worse off now than if you hadn’t put in any effort over the last few months. You might look like you’re in the same place where you started, or even worse, but where would you be if you had done nothing at all?

This is a learning experience. There are often going to be “unusual months” all the way through any financial turnaround. You’ve now seen the impact of one and, thanks to your financial moves beforehand, it wasn’t nearly as disruptive as it could have been. You now know you can do things in advance to make unusual months less challenging. What can you draw from this to make things even smoother going forward, knowing that unusual months are going to happen?

Plan Ahead for Known Irregular Expenses

If you know an irregular bill is coming up – insurance, property taxes, travel, anything like that – start planning ahead for it now rather than waiting until it hits you.

If you have a $1,000 bill coming in five months and you know it’s coming, put $200 in the bank each month until then and then the bill is a non-issue. It won’t disrupt any of your financial plans.

Once you start to get a good grasp on all of your irregular bills, you should be able to do this for most of them. You simply put aside a small portion each month for all of those irregular bills and then when they come up, you have the funds in hand to pay for them.

I do this by just leaving that extra cash right in my checking account, though that might not work for everyone, particularly those who are tempted to spend what they see in their checking account. You may want to simply get in the habit of moving a few hundred dollars a month (or whatever it is that you need to make sure all of your irregular bills are covered) into savings.

If you do choose to move money regularly into savings for this, you’re better off automating it with a regular automatic transfer. That way, you won’t forget about it and find yourself in a tough situation when those irregular bills come around.

Have a Bottomless “Emergency Fund” for When Things Go Wrong

An emergency fund is just that – a pool of cash you have set aside for unexpected expensive events that you just can’t easily handle. I don’t believe a credit card is a good substitute for this, as credit cards don’t work in situations like identity theft, natural disasters, loss of wallet, bank errors, or many other situations. Cash is king.

Emergency funds should be used solely for unexpected expenses that you just can’t cover within the flexibility of your normal spending without putting things on a credit card (that you won’t pay off in full). Those things do happen with surprising frequency.

Rather than advocating for people to have a certain amount in their emergency fund, I usually suggest that people just set up an automatic transfer of a certain amount each week into their savings account for emergencies and then never turn it off. Many banks offer automatic repeating transfers that you can easily set up, either by talking to a teller or by using their online banking services.

It’s perfectly fine to have a combination “irregular bills and emergency fund” savings account as long as the amount you’re automatically moving over is enough to cover all of your known irregular bills and more. If, for example, you know you have $6,000 a year in irregular bills, then you should be moving about $110 per week from checking to savings to cover just those bills, so your total transfer should be even more (like $125 or $150 a week).

Two Steps Forward, One Step Back

You’ll spend some of your savings to cover an unexpected bill. That’s okay. Keep rolling.

You’ll feel frustrated that you’re not getting to your goals as fast as you want, that all of these unplanned events keep coming up, that it all feels like a never ending cycle. That’s okay. Keep rolling.

Just remember that you’re far better off than if you had never taken the steps forward in the first place. Just remember that the money you have set aside for those unexpected events makes them easy to deal with and that they’re now low-stress events when they could have been calamities.

Two steps forward, one step back.

A Systems-Based Approach To Personal Finance

10 Ways to Reduce Financial Dependence on Your Job

U.S. Bank Altitude Go vs. Capital One Savor: Most Should Go...