If you’re panicked because you still haven’t thought of the perfect gift for the people on your Nice List, you’ll be relieved to know you don’t need to spend as much time as you might think looking for something thoughtful. You also don’t need to run up your credit card bill.

Why? Because neither of these things is likely to be appreciated by the gift getter.

In fact, a 2008 study from Stanford University researchers found that spending a lot of time and money to select a gift doesn’t make a bit of difference to the recipient. According to Francis J. Flynn, an organizational psychologist at Stanford, the price of a gift is more important to the giver than the getter. (Plus, most recipients actually prefer cash or something from a gift registry, such as their Amazon wish list.) 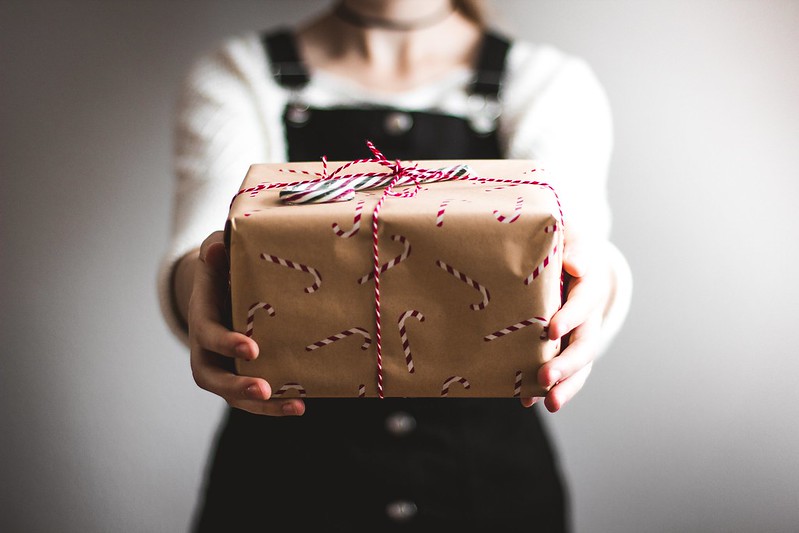 Price Matters More to the Giver

Flynn says that people recall the most expensive gifts they’ve given, but price didn’t play much of a role when it came to recalling gifts received. The givers of expensive gifts also expected more appreciation.

In one experiment, for instance, people were asked to imagine giving or getting a graduation gift. Those who gave an iPod had higher expectations than those who gave a single compact disc. [This study is from 2008, remember.] The recipients were equally grateful for either gift.

Dr. Flynn and his colleague, Gabrielle Adams, believe this is because the givers are more focused on their shopping experience, the “egocentric bias” of picking something more expensive over less expensive options or taking a long time to find the right gift.

Here’s the thing: Recipients don’t know how long you shopped or that that you considered less-expensive options. In certain cases, your idea of the perfect gift may actually strike them the other person as just plain wrong, especially if their frame of reference includes options that you ignored (or didn’t know about), such as items from a wish list.

The Pros and Cons of Wish Lists

Wish lists are tricky. They’re a point of contention for many. Some love them because they know their gift will be appreciated and used. Some find them impersonal or tacky.

Whatever your feelings, Dr. Flynn’s research reveals something interesting. When a person is giving a gift, they believe that choosing something that’s not on the list will be perceived as more thoughtful and considerate. However, the opposite is often true.

In one study, people were given money to buy gifts for somebody else via Amazon. The gifts chosen from a person’s wish list were more appreciated than those selected independently by the giver.

My own experience bears this out. When I’m a giver, I enjoy spending time and money to select gifts thoughtfully. It makes the gift more meaningful to me. But when I’m the recipient of a gift, I prefer something from a wish list or a registry.

But just because a gift from a wish list is what the recipient wants, that doesn’t mean the person giving the gift should be left out of the equation. It’s an exchange between two people, after all.

Miss Manners Does Not Approve

In an interview with NPR’s All Things Considered, Judith Martin, author of the Miss Manners column, shared her thoughts about gift lists and registries:

“There is no way to make blatant greed polite. The gift registry thing is never a good idea and has gotten hideous in that people are constantly telling other people to buy them things: ‘Give me this,’ the trading of shopping lists, ‘I want this,’ and ‘This wasn’t what I asked for and you take it back and get me something better’ and ‘I prefer cash’. All of that stuff is just rude, rude, rude and it makes present exchanging meaningless, the whole custom meaningless.

Here’s where I get frustrated with Miss Manners, though. I tried to follow her advice about registries when I was getting married. But with two bridal showers thrown by generous loved ones and coworkers, I broke down. I must’ve had 20 people ask me where I was registered, and when I said I wasn’t, some got really frustrated. I gave in and registered.

As a gift-giver, I understood why they wanted a registry. It’s just easier. They didn’t know what I already owned or what color of tablecloth I might like in my dining room. They wanted to give me something I’d enjoy. They didn’t want to waste their money on a gift I wouldn’t use.

These studies (and my own experiences) have led me to believe the following about giving and receiving gifts:

What about re-gifting? What if you give something that you didn’t pay for, but actually once received as a gift yourself?

In a New York Times write-up of Dr. Flynn’s work, he says: “People assume it would be incredibly offensive for them to re-gift, but this may be another case where givers don’t understand how recipients would feel.” Plus, if you don’t tell the recipient that you’ve re-gifted, how will they ever know?

As a freelance writer, editor, and blogger, April Dykman specialized in personal finance, real estate, and entrepreneurship topics. Her work has been featured on MSNBC, Fox Business, Forbes, MoneyBuilder, Yahoo! Finance, Lifehacker, and The Consumerist. Now she does direct response copywriting but, in her free time, April is a wannabe chef, a diehard Italophile, and a recovering yogi.

Alzheimer’s: from Denial to Empowerment

Start where you are

EconomyNews - May 6, 2020
0
Credit Card Basics
Citi is one of many major issuers offering opt-in COVID-19 relief to its credit card customers. For qualified cardholders who request assistance, the issuer...

It’s Time for Some #EmpowerMint

How the Joe Biden Presidency Could Impact Your Money

Christmas on a budget: How to save money on Christmas gifts...

A Splendid Holiday Gift: a Vaccine