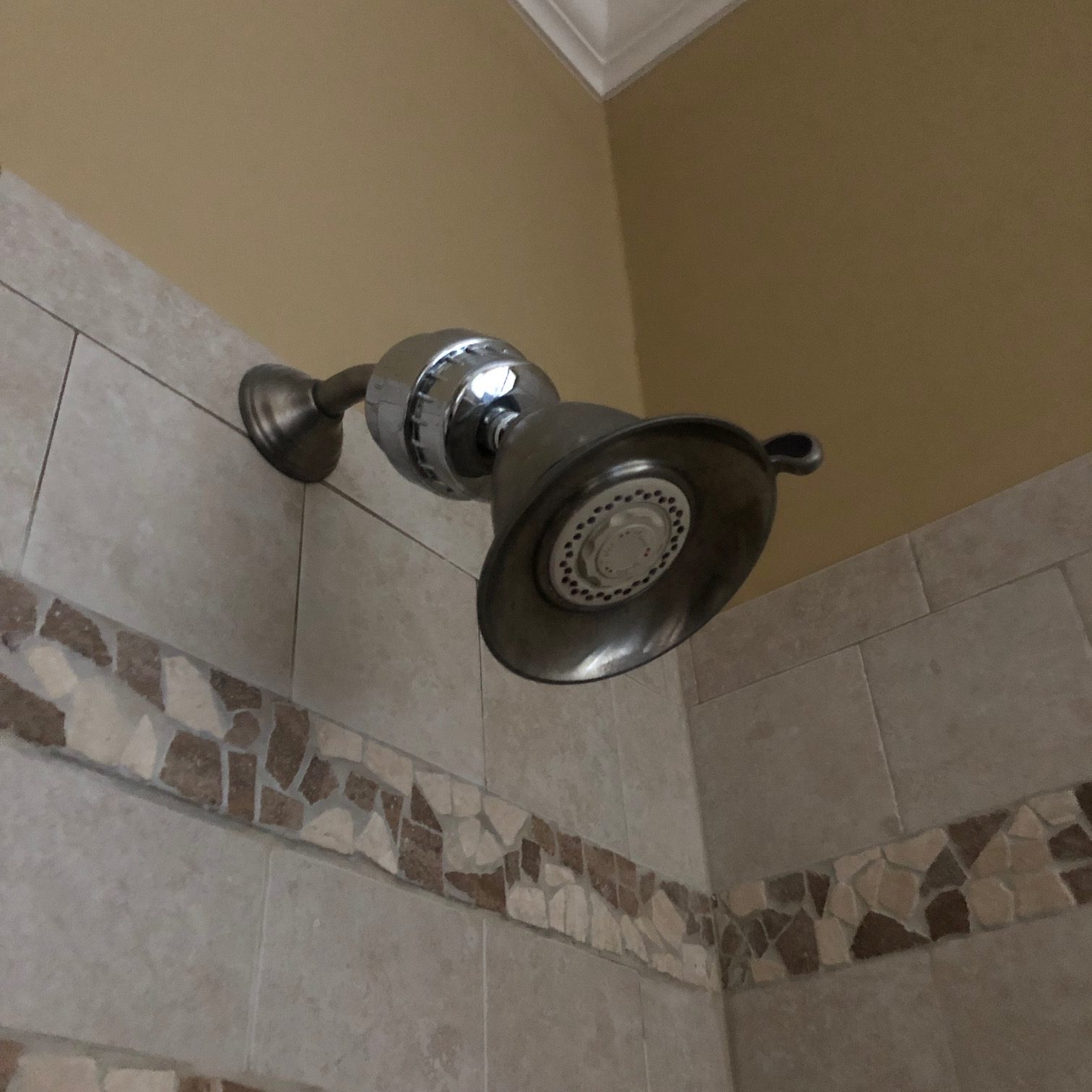 We moved into this new-to-us house almost a year ago and we knew we had hard water, but I didn’t really think anything about it. But I did start noticing that my hair just looked icky a lot of the time. It felt like the texture had changed and it wasn’t smooth like it used to be.

I thought maybe it was just because I was getting older or something. I tried changing hair products, but it didn’t really seem to make a difference.

I finally decided to just let it be and figured it just was what it was… until we went and stayed in a hotel and I washed my hair and it looked so soft and smooth again.

Say what?? I was confused. You think I would instantly figure out it was the water, but I didn’t.

This happened two more times over the next number of months — where my hair would look pretty amazing when I washed it at a hotel.

I finally clued in that it was the water I was washing my hair with that was the issue and our hard water was basically wrecking my hair. 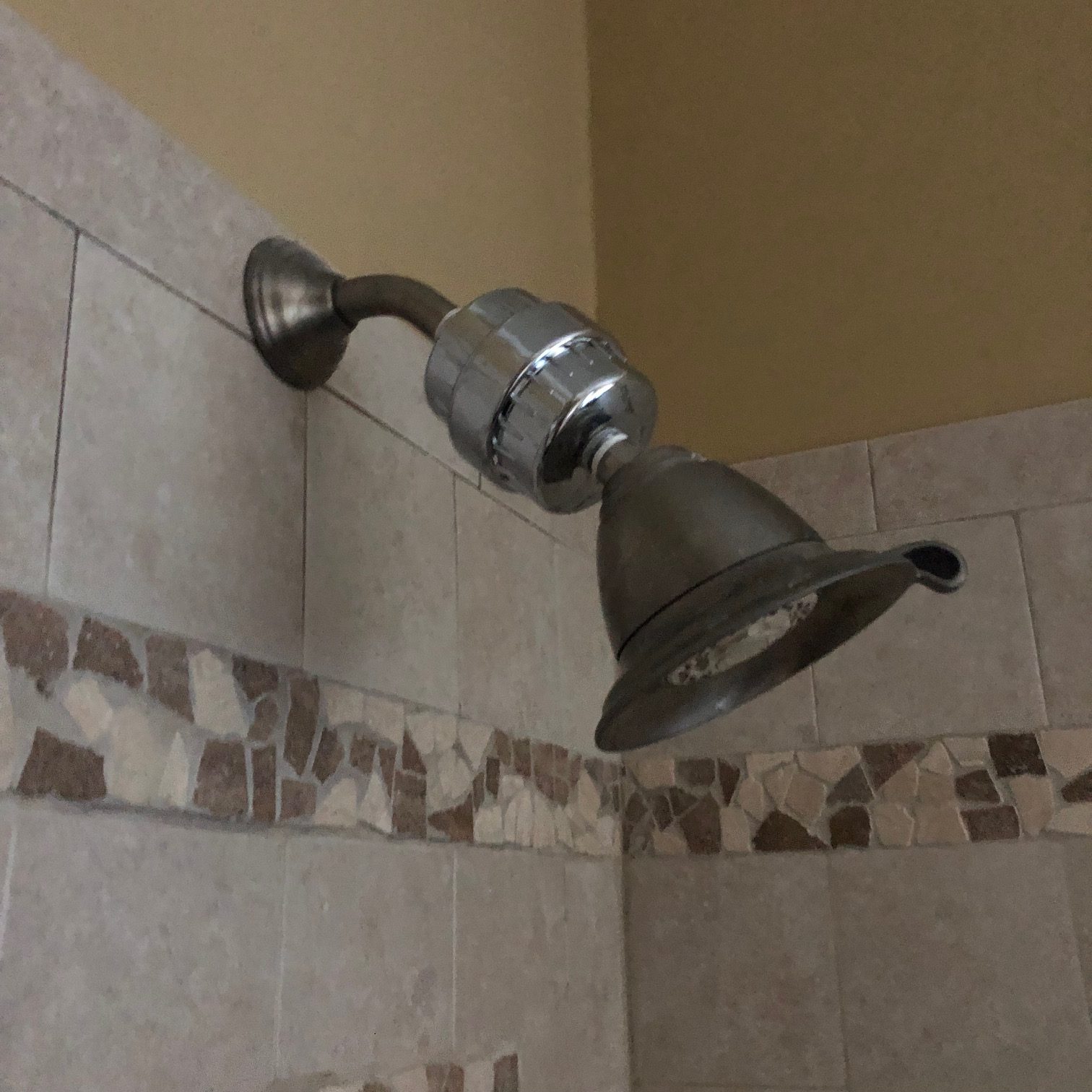 It was about that time that I realized both girls had had dandruff and their hair hadn’t looked great ever since we moved into this house, too.

We didn’t have it in the budget to put in a whole house water softener right now nor could the girls and I just run and stay at a hotel every time we needed to wash our hair, but I really wanted to try to do something about it.

I decided to head to Amazon to see if they had anything that might be an option… and sure enough, there was the AquaBliss High Output Shower Filter.

It was $33 and it had great reviews. The Amazon description said it would (among other things):

And it said it could be installed in minutes. I was sold — especially since I had Amazon gift cards from Swagbucks I could use to buy it! I figured that it was worth a shot and it likely wouldn’t hurt anything!

Sure enough, it was super easy to install… and, after using it for almost two months, I am so happy to say that it really and truly works. In fact,  I noticed a difference in my hair immediately after I washed it the first time.

Since we installed it, my hair has looked so much better, been so much softer, and been so much easier to work with. All for just $33! I have so impressed that we ended up buying the same shower filter for the girls’ showers, too, and they are starting to notice a difference in their hair, as well.

While we still hope to eventually put in a whole house water filtering system, for now, I’m happy that we have fixed some of the issues by just installing a simple $33 shower filter.

Note: I’ve heard that you might be able to find it cheaper at a local store, so let us know if you know where you can get it for less.

The Complete Guide to Using JetBlue Points for the Best Value

Up to 51% off Disney Princess, Baby Alive, and more!